Out of the Box

November 20, 2012
I have been blogging for more than seven years already. Somehow, it came to a point that I felt it’s getting nowhere.

I was getting nowhere.

Yes, my blog is syndicated as an inspirational column in Northern Times, a provincial newspaper in Pangasinan. (The newspaper publisher even offered to compile it in a book.) People told me how much they appreciate what I wrote. 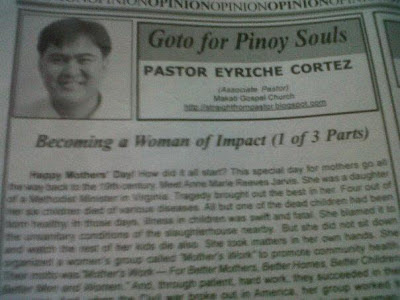 However, for a year now, I have been erratic in blogging. If you would look at my archives, there’s a chasm between October 2011 and March 2012. Then, there’s another gap between April 2012 and August 2012. I usually write on major social and political events when it happens as it happens. But I just could not write. (It's a good thing my publisher had the patience to sift through my blog archives to keep my column going.) To put things in context, my family and I went through major transitions (read: challenges) during those times. That and other factors drained my writing juice. I felt I had nothing to give anymore. It’s more than a mental block.

I’m trapped in a box.

Slowly but surely, I believe God is coaxing me to crawl out of the box. First, He goaded me thru “The Servant Leader” workshop facilitated by Boris Joaquin last August. Other than gleaning a lot of valuable lessons there, I also met Social Media specialist Janette Toral and SEO professional Tof Salcedo. It was a “divine appointment,” so to speak. That led me to participate in the Digital Influencers Marketing Summit held last September here in Manila. 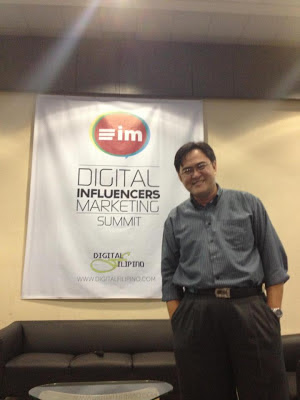 There I saw fellow bloggers who became catalysts of change. They are ordinary people like you and me. Yet, they are making an extraordinary impact. It opened my eyes to a fresh dimension of what I could do. I felt my writing wings fluttering again. (In view of what I learned, how I really wish I could attend the upcoming Digital Influencers Marketing Summit Cebu this Saturday, November 24!)

I decided to try something new. I resolved to know more about the Social Media. Some weeks later, I soaked in “The Secret to Getting Customers and Clients Online” taught by Internet Marketing expert Ben Francia (who also graciously committed to meet time and again for coffee and chat about anything and everything under the sun about the Internet) and Wordcamp Philippines by WordPress. I realized that if I stop learning today, I would stop blogging tomorrow.

I became more active on Twitter (@pastor_ey). I also took on some writing and social media projects. I am presently contributing articles for DigitalSpidey tech blog. And, I am now getting back into the groove of writing in my “Straight from Pastor Ey” blog. My writing juice tank overflows.

That’s what my mother always told us when we were still kids. (Translation: “You spend everything today, you will have nothing tomorrow.” ) Image source: So, What's New ? Dionie did just that. Last April 2008, he won PHP14,125,032 in the Lotto 6/42 draw. Excitedly, he “lived the life of a millionaire, something he had been longing to experience. He lived in a P4-million house in a posh subdivision, drove around in a sports utility vehicle [which he bought the very same day he claimed his prize] , and gave goodwill money, ranging P1,000 to P 850,000, to relatives and friends. He also gambled daily, womanized, and went on regular drinking sprees.” (Source: Manila Bulletin ) He estimated that he squandered a minimum of P100,000 almost every day. He also lent money even to people he did not really know. “I just gave them and told them not to pay me back.” (Ibid) His bank had to issue him a special card so he can withdraw huge amounts of money quickly from the automated teller m
Read more 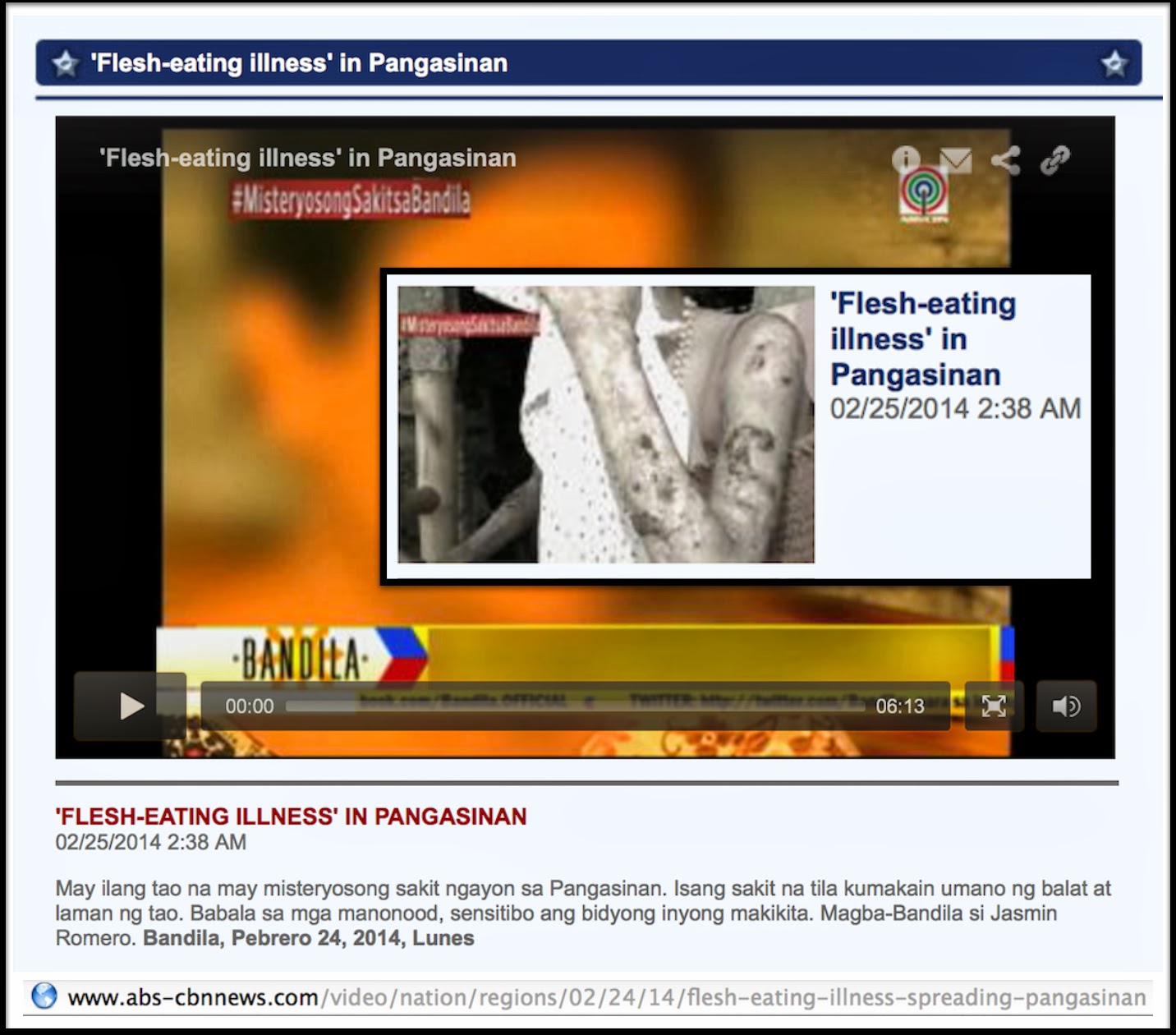 When the ABS-CBN’s Bandila news report on an alleged “mysterious flesh-eating skin disease” in the province of Pangasinan went viral (pun intended), the ensuing online panic appeared to be more contagious than the supposed sickness itself. “The hashtag #PrayforPangasinan remains the top trending local topic on Twitter as netizens continue to hope for the recovery of those affected by the alleged flesh-eating illness.” (Source: ABS-CBN News ) There are those who immediately claimed that this fulfilled the “prophecy” of a so-called modern-day prophet.  Image credit B ut, according to the Health Secretary Enrique Ona, the report was a hoax. “There is no reported case of ‘flesh-eating’ skin disease in the country yet. Absolutely no reason for the public to panic” ( Rappler ). What was reported as supposed victims of the flesh-eating disease were actually people afflicted with “leprosy with drug reaction” and “psoriasis.” (Ibid) Of course, ABS-CBN would have a lot of explaining
Read more

April 27, 2006
In the National Geographic Magazine (May 2006 issue), in its cover story, The Judas Gospel , Professor Eliane Pagels of Princeton University claimed that the so-called gospel of Judas “ changes the history of early Christianity. ” Even UP Professor Randy David took notice of the Judas Gospel: “Strictly from a sociological standpoint, I think the discovery of the Gospel of Judas makes Christianity a far more interesting religion than what centuries of metaphysical theology has made of it.” (A Gospel for the Postmodern, Phil. Daily Inquirer, April 16, 2006) That’s why I spoke in our Young Pro Fellowship a few days ago on God Knows Judas Not Pay (A Biblical Response on the Judas Gospel). I believe opportunities like this hype on the Judas Gospel or the Da Vinci Code opens a door for us to share the true Gospel. For those who did not attend last Thursday, let me share briefly why we reject the Judas gospel. I came up with the acronym J-U-D-A-S. J udas was portrayed as a traitor in the B
Read more