Showing posts from May, 2013
Show all

Get Out And Stay Out Of Debt! 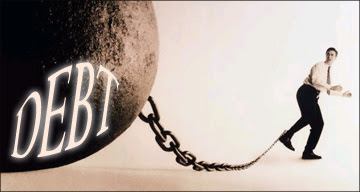 Want to get out and stay out of debt?
Until and unless we answer that, we will never live a debt-free life and enjoy what we have worked for.
But, if we still want to buy things we don’t need with money we don’t have to impress people we don’t like, then we don’t have to answer it.
However, if we already reached that tipping point where we realize that we are just trying to survive from paycheck to paycheck with the money barely touching our hands and that we could no longer imagine ourselves living that way for the next five to ten years, then we really have to shout “Yes!” as our answer.
When we let our “Yes” be “Yes,” that’s the first step towards financial freedom, according to wealth and life coach, Chinkee Tan. (He is also the bestselling author of books such as “Till Debt Do Us Part” and “For Richer or For Poorer.” Read: “Forewarned is forearmed.”)
In his finance wellness seminars, Coach Chinkee offers his D-E-B-T acronym to sum up the steps we should take to get out and stay out o…
Read more 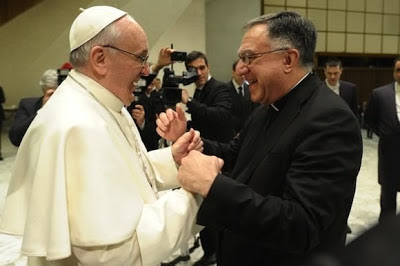 That, in a nutshell, is what Vatican spokesman Rev. Thomas Rosica claimed when he “issued an ‘explanatory note on the meaning to ‘salvation’” in view of the recent controversial papal statement. (Source: CNN Belief Blog) Apparently, the Pope declared in his homily that good atheists could go to heaven. But Rosica clarified “that people who [are] aware of the Catholic church ‘cannot be saved’ if they ‘refuse to enter her or remain in her.’” (Ibid)

Simply put, they have to convert from atheism to Catholicism in order to be saved.

Conservative Rev. John Zuhlsdorf piped in. “Francis was clear that whatever graces are offered to atheists (such that they may be saved) are from Christ… He was clear that salvation is only through Christ’s Sacrifice.  In other words, he is not suggesting – and I think some are taking it this way – that you can be saved, get to heaven, without Christ.” (Ibid)

So, atheists cannot go to heaven without Christ.

In his “Friends Don’…
Read more 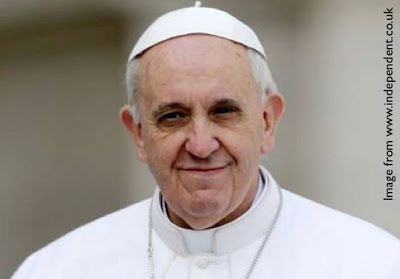 I respect Pope Francis even if I’m no longer Roman Catholic and now an Evangelical believer. I really admire his humility.
However, his recent statement came as a shock: “The Lord has redeemed all of us, all of us, with the Blood of Christ: all of us, not just Catholics. Everyone! ‘Father, the atheists?’ Even the atheists. Everyone! … We must meet one another doing good. ‘But I don’t believe, Father, I am an atheist!’ But do good: we will meet one another there.” (Source: The Huffington Post)
In fairness, it appears that what the Pope said was not an ExCathedraor an infallible pronouncement. But still every word that he utters will definitely make waves.

I agree with him that all of us can do good works including atheists. The Pope declared, “The Lord created us in His image and likeness, and we are the image of the Lord, and He does good and all of us have this commandment at heart: do good and do not do evil. All of us.” (Ibid) (See also my blog post re: Altruistic Atheism) But I dis…
Read more

They’re At It Again 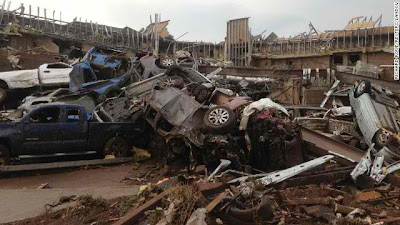 Seeing the devastation that a tornado wrought upon Oklahoma, I found it cruel to read “Fred Phelps Jr., the son of Westboro Baptist Church minister Fred Phelps, … drawing a link between the Oklahoma tornado's devastation and a local team's support for openly gay NBA star Jason Collins.” (Source: The Huffington Post)

The Huffington Post added: “It isn’t the first time that an anti-gay pundit has attempted to blame a natural disaster to the lesbian, gay, bisexual and transgender (LGBT) community. In 2012, chaplain John McTernan linked Hurricane Sandy (and a number of other recent weather-related trends and natural disasters) on LGBT people and President Barack Obama's backing of marriage equality. ‘God is systematically destroying America,’ McTernan wrote at the time. ‘Just look at what has happened this year.’” (Ibid)

Whenever I read such hateful statements, I am reminded of what I wrote before when anti-RH (Reproductive Health) people here in the Philippines tried to connect…
Read more

A leap in the dark or a step into the light? 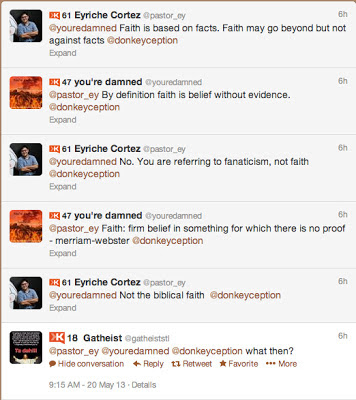 Whenever I engaged seekers such as atheists or agnostics on Twitter, I almost always see that we don’t meet eye to eye regarding how to define faith.

To have a meaningful discussion between both sides, we need to put in plain words what they mean by faith and what we mean by it. Thus, it keeps both them and us from being misunderstood. It is only fair that we ask those who disagree with us that at least they see our views clearly, whether they agree with it or not. And we also seek to do the same to those who disagree with us. As Stephen Covey wrote, “Seek to understand then to be understood.”


There are those who say that faith is blind. That one can believe something or someone without basis. That knowledge and faith are contradictory. In short, they see faith as a leap in the dark.
But, I disagree with them.I say we believe with our mind wide open. That what they call faith is not the faith that the Bible commands us to have. That knowledge is actually a component of faith. In other wo…
Read more 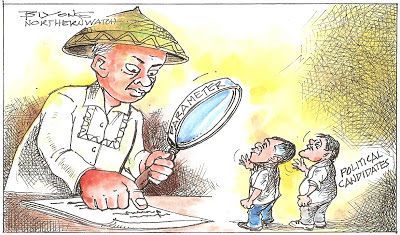 The Philippine Council of Evangelical Churches, the largest network of Evangelical Christians in the country, believes that mature electorate produces good governance. Instead of campaigning and endorsing candidates they have focused on voter education so the people can be discerning in choosing the candidates that should vote for.
They have also mobilized their member churches to watch and pray for HOPE (Honest, Orderly, Peaceful Elections). PCEC recognize the sacredness and the significance of even one vote and call on everyone to have the mindset that even one vote can help change the nation if we vote responsibly. If 52 million Filipino voters stand up for their sacred vote, it would be enough to change our nation. Enlightened and empowered voters are God’s instruments for choosing leaders so that will bring Good Governance.
It is important that we ensure the eligibility of the candidates we vote for, to avoid national consequences. PCEC urges the people to use the "5 K" c…
Read more

An Open Letter to the “Chosen Ones” 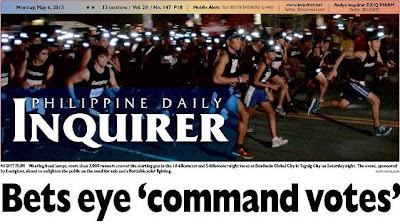 By this time you, our dear candidates, must be so elated for you already know by now that you actually clinched the coveted “command vote” of the influential Iglesia ni Cristo. Plus, there are those among you who also got or will get the blessings of the charismatic Mike Velarde of the El Shaddai and the self-proclaimed Son of God, Apollo Quiboloy of the Kingdom of Jesus Christ.
I personally disagree with bloc voting on biblical grounds. I believe that the church like a good parent should teach her children not just what to think but, much more, how to think. I feel that it’s better to teach people how to vote wisely rather than whom to vote. After all, for me, unity is not uniformity.
Yet, I have to respect those who do so for they claim they do it out of conscience in obedience to what they perceive as a command from God. That goes with religious freedom.


Having said that, allow me to remind you that we all know that there is no such a thing as free lunch… or endorsement.
Quoting a for…
Read more
More posts